Gene Ford, Sr., a long-time donor and supporter of The Bernie Scholarship Awards Program (BSAP), has made a $100,000 bequest to The Bernie Scholarship Awards Program. Mr. Ford’s company Mid-City produced thousands of housing units throughout the Washington-Baltimore region that served many low-income residents. He recognized that people were not poor by choice and that housing in itself would not substantially change their lives. As a result, he led the way in adding housing services in Mid-City Developments and the Community Preservation Development Corporation, a non-profit that he formed.

Realizing his sincere commitment to changing the lives of low-income people, The Bernie Scholarship Awards Program honored Mr. Ford with our Community Service Award in 2001. At the awards ceremony he listened to the inspiring stories of those receiving scholarships and recognized that education of these scholars was breaking the cycle of poverty. He became a benefactor of the BSAP until his death and now even beyond. 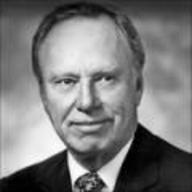